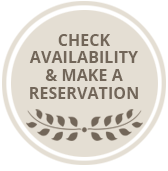 Port Nolloth lies on the Diamond Coast of South Africa and is situated 85 km from the mouth of the Orange River and 143 km from the town of Springbok. Formerly known as Aukwatowa (in Nama this means "where the water took the old man away”) and later as Robbe Baai (Seal Bay), the area of Port Nolloth was frequented for centuries by the "Strandlopers” and later the Khoekhoen – the ancestors of the Nama people – who were nomads surviving on a precarious farming existence as well as sea food on the coast. When the white settlers arrived in the area, they mixed with the Khoekoen and the ancient San and moulded the populations we see here now. It was O’Kiep (an inland town) that brought forth copper and jolted the Port into life. Commander Nolloth surveyed this coast in 1854 and discovered that the reef-sheltered but uneasy harbour was adequate for the shipment of copper ore to Europe. Many Cornish people and many others settled here.

The old railway, first mule drawn and later steam powered, transported the copper to the coast. When other more lucrative transport for the copper was found in the 20th century, the railway closed down. It would have been difficult to survive on fishing alone, but strangely in this time fortune touched the misty coast. Perfect diamonds were discovered 6 miles south of Port Nolloth in 1925 and the village came to life once more, buzzing with popularity and high fever. In the 1960’s it was discovered that this was the only coast in the world where gem quality diamonds could be dredged from the bottom of the sea by deep sea operations or by hardy divers. Sometimes many diamonds are found (a jackpot!) and sometimes few or none at all. Boats have come and gone and fortunes have been made and lost. Initiatives in more sustainable development have now begun and we are beginning to take note of our spectacular biodiversity - the Richtersveld was declared a World Heritage Site in 2007.

A BRIEF HISTORY OF BEDROCK LODGE

It is believed that the house and cottages of Bedrock Lodge were built in the early 1880s or before. Plans have surfaced from as far back as the 1850s. It is said that the main house was imported in kit form from Denmark as are the wooden wall panels. The wooden floors are from the Knysna forests. The Manager of the Cape Copper company was housed in the south wing and the Harbour Master was said to reside in the main house to the north. The building was purchased by the Jowell family and Transport Company in c.1950. This is the company that was instrumental in linking these faraway parts of Namaqualand to the rest of the country. Jowell's Transport was based in Springbok. Most of the Jowell's houses in town, some of them dating back to pre-1900s, were sold locally in recent years. The Museum was also one of these houses originally built to serve the officials of the Cape Copper Company as a clubhouse.

The Port Nolloth Museum was founded by Grazia de Beer, the owner of Bedrock Lodge at that time. Without her vision, Port Nolloth might still not have had a museum. Sadly, she passed away in 2007, but the museum and her memory lives on. Today we have a little corner dedicated to Grazia, and you can come and read more about this remarkable woman. The museum is housed in an old wood and corrugated iron building, dating back to 1880. Few of these original buildings still exist in Port Nolloth, and it is the perfect setting for the preservation of our history. Exhibits include the first inhabitants, the Khoisan people; the story of the copper train that used to run here; the diamond rush of the 1920's; and off course more recently - the diamond diving industry. All of these things have contributed to our town being what it is today. The museum also houses a little gift shop, the income of which helps towards general costs. Items for sale in the gift shop include arts and crafts made by local people, antiques sourced from all over, postcards and Afrikaans children's books. A small entrance fee is charged to visit the museum, but it is worth every cent. Your support is so important to us, as it will ensure the continued existence of this very important landmark in Port Nolloth. So please pay us a visit the next time you are in town. We are looking forward to seeing you!

The Art Shed Gift Shops are the perfect place to find your personal memory of Port Nolloth out of a selection of various gifts, crafts and souvenirs. Look out for creative handmade crafts incorporating drift wood and other treasures of our coast!

Bedrock Lodge is the oldest, most historic guesthouse in Port Nolloth and has buildings dating back as far as 1855. It is perfect for people who enjoy history and like places with an authentic, homely feel. Its décor combines antiques, historic pieces and modern conveniences into a stylish, comfortable whole. The main house (B&B) and most of the self-catering cottages are on the beachfront, making it the perfect place to enjoy breathtaking sunsets over the ocean.